ANOTHER MONTH ANOTHER AWARD! 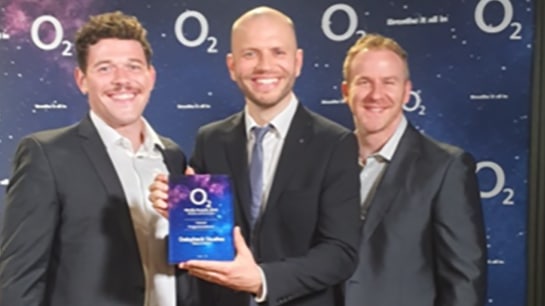 We were thrilled to win Best Factual Series at the O2 Awards in Leeds last night for our ITV4 show MADE IN BRITAIN. This little show has developed a cult following on ITV’s popular digital channel and we’re delighted the efforts of the production team have been recognised with this Award.

Series two of Made in Britain is currently in production and we hear Chris is planning on keeping the tache until next year’s awards. Well done guys!

SEVEN NOMINATIONS IN THE RTS YORKSHIRE PROGRAMME AWARDS 2019
May 20, 2019
Recent Posts
Archives
Go to Top
This website uses cookies to improve your experience. We'll assume you're ok with this, but you can opt-out if you wish.Accept Reject
Privacy & Cookies Policy
WordPress Video Lightbox