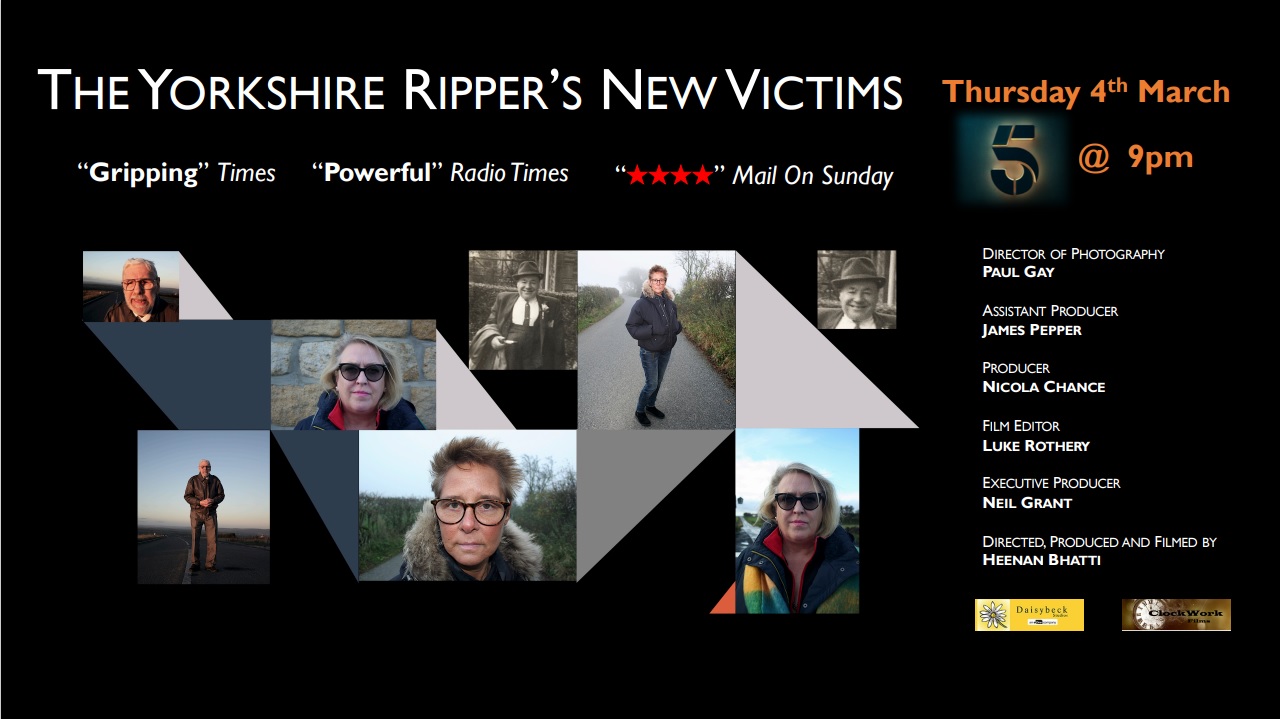 We are delighted to have joined forces with award-winning filmmaker Heenan Bhatti in our first co-production with his start up indie CLOCKWORK FILMS. Heenan is one of the most gifted and talented documentary makers in the country and is based in Yorkshire. We have long admired his work as a freelance director and now he has launched his own company, it has been our privilege to provide production support for his first major feature-length documentary THE YORKSHIRE RIPPER’S NEW VICTIMS. The 90-minute film was commissioned by Denise Seneviratne and Channel 5 Director of Programmes, Ben Frow as part of a ground breaking project to support BAME production companies around the country. The documentary is a remarkable, powerful portrait of people who believe they were victims of Peter Sutcliffe and survived his savage attacks, but never received justice or recognition of his crimes against them. Sutcliffe died last year taking his evil secrets about these victims to his grave. The Yorkshire Ripper’s New Victims will be premiered on Channel 5 in the UK at 9pm on Thursday 4th March. International distribution will be via our colleagues at entertainmentOne Distribution. The documentary was filmed and directed by Heenan, developed by Daisybeck Specialist Factual Development Executive Dean Palmer, produced by Nicola Chance and the Executive Producer was Neil Grant.

SEVEN NOMINATIONS IN THE RTS YORKSHIRE PROGRAMME AWARDS 2019
May 20, 2019
Recent Posts
Archives
Go to Top
This website uses cookies to improve your experience. We'll assume you're ok with this, but you can opt-out if you wish.Accept Reject
Privacy & Cookies Policy
WordPress Video Lightbox